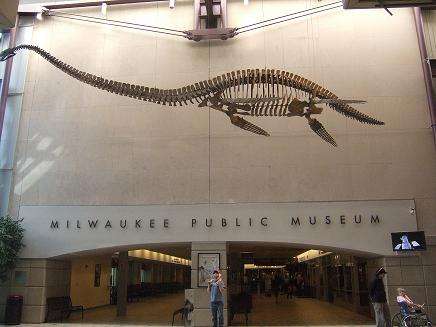 MILWAUKEE – The city’s outlook and building boom is just getting started in downtown Milwaukee. From major announces from the corporate world, like Northwestern Mutual to the arts, like the Milwaukee Symphony Orchestra, the downtown boom is not showing any signs of slowing down.

Today, the Milwaukee Public Museum announced plans to build a new $100 million home in downtown Milwaukee within the next 10 years.

The decision to find a new home for the state’s largest museum follows a two-year study that confirmed each of the two options would cost more than $100 million, Kois said. And renovation of the 400,000-square-foot museum would not resolve a separate problem: the need to move 4.5 million artifacts out of the leaky basement to better protect the collection.

After 53 years at its Wells St. home, the museum’s plan to move sets off a search for a new location at the same time officials organize fundraising efforts and consider financing strategies. “The path forward is to find a way to create a new museum downtown,” Kois said.