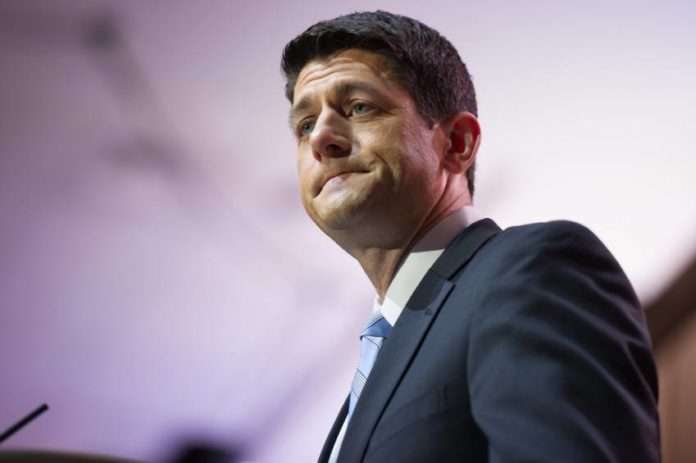 But what if these flavor-of-the-day think pieces have missed the real story about the changes happening in American politics?

While it is impossible to predict the 2018 political climate yet, some Democratic strategists see a perfect storm brewing against House Speaker Paul Ryan – an unlikely midterm target at first glance. They point to a growing resistance movement in Wisconsin’s first congressional district and an increasingly organized progressive grassroots. Within the last two weeks, a grassroots group called Forward Kenosha organized a town hall meeting – which Ryan declined to attend – and had more than 300 people attend and voice their displeasure about the direction of the country. National organizations are getting involved as well. UltraViolet, a national progressive organization, organized the delivery of 80,000 postcards to Speaker Paul Ryan’s office.

But that is not what Paul Ryan should be most worried about, these operatives argue. Rather, the House Speaker could see a split conservative base. The growing Trump crowd in the Republican Party, one that has always been distrustful of Paul Ryan, could stay home if they perceive Ryan as slowing down Trump’s agenda at all. This is a very real danger that even some Republican insiders privately acknowledge, as recent public polling conducted by Pew Research shows Republican voters trust Donald Trump over Paul Ryan by a 51%-33% margin. Low Republican turnout combined with enthusiastic Democratic voters could move Ryan’s lean Republican district into the toss up category.

The 2018 elections are a long way off yet, but the idea of knocking off the Speaker isn’t political fan fiction; it has happened in recent history. In 1994, riding New Gingrich’s Contract with America, Republicans took back the House for the first time in decades and knocked off Democratic Speaker Tom Foley in the process.

No public polling has been released in Paul Ryan’s district that suggests he is vulnerable, but a recent national poll released by Public Policy Polling found Ryan’s approval rating underwater, with 37% approving of his job performance and 43% disapproving.

Simply put, Paul Ryan is in a politically dangerous situation, stuck between a distrustful conservative base and an angry, increasingly organized progressive opposition.

Will a strong candidate emerge against Ryan, and will Democrats invest significant resources behind this candidate? Can progressives continue to sustain their momentum and advocacy for the next two years? These are major questions that must be addressed, but the potential for a historic upset exists, some say.