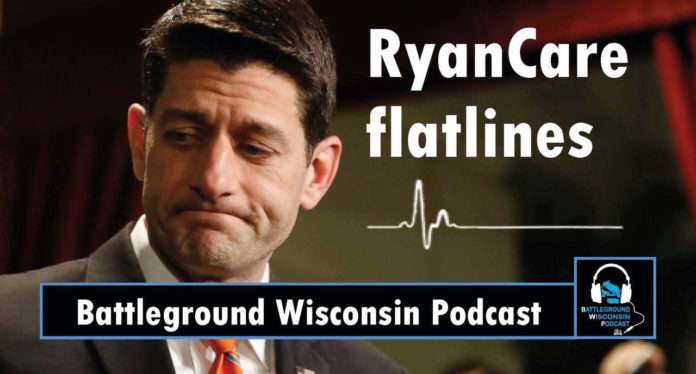 MILWAUKEE – On the Battleground Wisconsin Podcast, we discuss the failed push by Donald Trump and Paul Ryan to force through a dangerous “healthcare” plan that will take health coverage away from 24 million Americans. We dig into the shocking last minute changes Ryan made after pulling the vote on Thursday in a desperate attempt to appease right-wing conservatives. We also speculate as to the next steps in the fight now that Trump and Ryan have suffered a humiliating defeat. We also take a step back to put the historic vote in the broader perspective of the right-wing crusade to dangerously constrain the role of our democracy as an instrument for social and economic justice, and the implications of a stunning defeat for the future of conservatism and progressive reform.