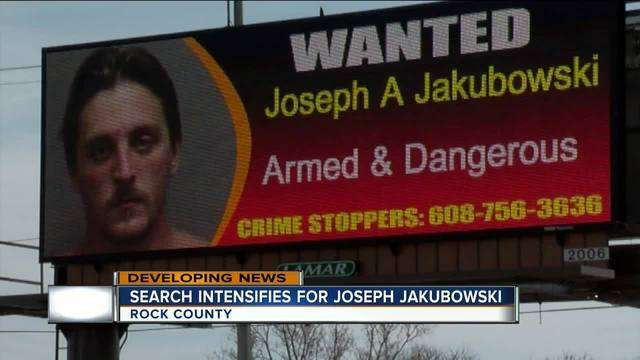 JANEVILLE – A nationwide man hunt is underway for a Janesville man who is suspected of robbery, setting his car on fire and sending a threatening manifesto to President Trump. Joseph A. Jakubowski, 32, is being sought by authorities, and is considered to be armed and dangerous.

The New York Times reported on April 10 that “Mr. Jakubowski “has been highly agitated recently regarding a variety of political issues” and had specifically threatened to use weapons to target government officials or “an unspecified school,” the department said in a statement. The department also released a video of Mr. Jakubowski preparing to send a 161-page manifesto to the White House. According to the police, the document “includes grievances against government and personal angst towards anyone or anything other than natural law or rule.”

Read Janesville Gazette for the latest.