MILWAUKEE- Summerfest 2017 begins tonight, and things are already looking promising. With a mix of national names and local artists, Summerfest has a fantastic lineup scheduled from now until July 9th. Wisconsin artists like IshDARR, Horseshoes & Handgrenades, Downfall, and more will be performing this year.

When Milwaukee Mayor Henry Maier created Summerfest in 1967, he dreamed of a festival that would bring the community together. He was inspired by a trip to Oktoberfest in Munichand thought a similar event could also revitalize Milwaukee’s downtown.

Fifty years later, about 850,000 people flock to the lakefront festival annually. They stroll the grounds of Henry Maier Festival Park, named in honor of the fest’s founder. A study conducted in 2013 found Summerfest has a $187 million economic impact.

One person who fell for Summerfest at an early age is Jordan Lee, program director of Radio Milwaukee. He grew up in Kenosha, and his father worked in the entertainment business, so Lee started going to Summerfest in the 1980s at a young age.

“Summerfest was an annual pilgrimage. We always went,” Lee said. “I remember they would have the Kid’s Days and I was in elementary school and you’d get ice cream and your face painted.”

Once he was a teenager, Lee and his friends would pile into a car, make the trek to Summerfest and watch bands play all day long. In his late teens and twenties, Lee started performing at the Big Gig with several bands, including the Milwaukee hip-hop group, the Rusty Pelicans. That group even opened up for some of Lee’s musical heroes, hip-hop legend Public Enemy.

“I have a Public Enemy poster in my office. I couldn’t love that band more,” Lee said. “As an artist, you have this experience where it’s validated everything you’ve thought of as a performer. Think of singing in the mirror. We all did that as kids when we were trying to figure out if we’d be a rock star one day. I remember rapping to (Public Enemy’s) Chuck D’s lyrics and then opening up for him years later, it’s a wow factor for me as an artist.”

A number of Wisconsin artists will have similar experiences this year. Many local acts are opening for national touring artists, such as the dreamy dance pop group GGOOLLDD, R&B singer Lex Allen, and glam rockers Tigernite. 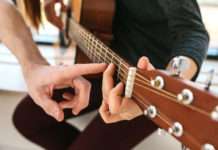 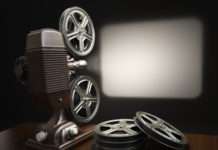