WASHINGTON- President Trump is looking to reduce the number of federal employees across the board. In pursuit of this goal, Trump has instructed agencies to propose overhauls of their employment practices. The Interior Department would face one of the largest cuts, with nearly 4,000 employees losing their jobs.

Ari Shapiro with NPR reports for All Things Considered:

The Trump administration wants to cut the number of federal employees across the government. One of the biggest reductions would be at the Department of Interior where 4,000 jobs would be cut, including at national parks and the Bureau of Land Management.

President Trump wants to slash the size of the federal government. Agencies have until the end of the week to come up with proposals for overhauling their workforces. One of the biggest cutbacks would be at the Department of the Interior, where thousands of jobs could be cut. NPR’s Brian Naylor reports.

BRIAN NAYLOR, BYLINE: In testimony last week before a Senate panel, Interior Secretary Ryan Zinke outlined his plans to cut spending at the department by some 13 percent.

NAYLOR: What it looks like is 4,000 fewer employees at Interior, some 3,800 positions cut at the EPA, more than 2,000 at the State Department. J. David Cox, president of the American Federation of Government Employees, the largest government workers union, looks at the scene with dismay.

J DAVID COX: The Trump administration is trying to make the federal government go away one bite at a time, one chip at a time.

Listen in at NPR. 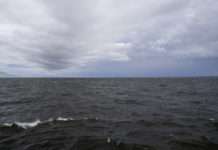