MILWAUKEE- On June 3, a class of eleven men were ordained as Jesuit priests, the largest Midwest Jesuit class since 1995. Out of the eleven men, three were graduates of Marquette University. Brad Held, Joe Simmons, and Stephen Wolfe were all ordained at the Church of the Gesu on Marquette’s campus. Held will be working at Marquette University High School as a teacher of theology in the fall, and will also be assisting with the campus ministry.

If you had asked Wisconsin native Brad Held if he’d be celibate for the majority of his life, he would have laughed.

But that all changed during his junior year at Marquette University when he decided a career in political science wasn’t for him. And on June 3, he was ordained with 11 other men in the largest class of Jesuits in the Midwest since 1995.

Three of the men graduated from Marquette.

“I was sitting in constitutional law and one day looking around the room and having this moment of ‘What am I doing here?’ ” Held said. “This just wasn’t meant for me. I’m not meant to be heading out of here to go to law school.”

Held had flickering thoughts since his freshman year about dedicating his life to the Jesuits, but he stifled them, thinking to himself, ‘Yeah, no thanks.’ But that day, he finally embraced his instincts.

It wasn’t easy. He had a lot to give up — a girlfriend, the hope of being a dad and a husband one day. But he views those sacrifices as something that drives his ministry passion for high school teens that much stronger.

“If you want to look at it as very black and white, no, I’m not a parent,” Held said. “It’s one of the things that really made me fall in love with high school ministry, to be a teacher and to be connected with the students and be connected to families.” 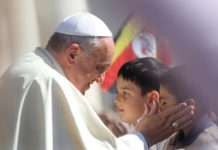 Wisconsin-born Capuchin priest will be beatified 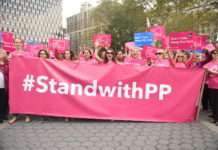 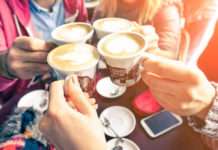